Literally means “Tokushima’s Dance”. Awa is the old name for Tokushima, and Odori means dance. Awa Odori, a traditional performing art, boasts a history of over 400 years. There are several theories of its origin, though it is said that in early days, residents in the castle town of Tokushima didn’t have their own unique dancing style. The Furyu dance, which was danced commonly in Kinai region (the five capital provinces surrounding the ancient capital of Nara and Kyoto), and other popular dances were introduced. As the town developed, machi-shu (a class consisting of wealthy commercial and industrial men) supported the dance and it continued to develop. Awa Odori became well established in 1586, when Lord Hachisuka Iemasa started to rule the province of Tokushima. People of the domain held dancing celebrations even more frequently. Over the years, Awa Odori was patronized by wealthy merchants of Awa-ai (indigo) and began to flourish. （Reference：Awa Odori Hall）

Arasowaren was formed in 1981 around the belief that Awa Odori, Awa people's pride as a traditional local performing art, will be conductive to world peace. Regardless of our nationality, race, religion, we believe that we are able to gain mutual understanding and unite through dancing all together. Arasowaren started as a group of just 20 dancers, and now has developed as one of the largest dancing teams with over 250 dancers.
The name “Arasowaren” includes the word “ren”, which acts as a pun in the local dialect of Tokushima (Awa-ben),and means “One must not”. When these two words are put together, “Arasowa-ren” means, “One must not wage a war.” At the same time, “ren” also means “dance troupe.”
Looking around the world, conflicts show no sign of significant decline. However, we dance with the strong belief that someday all people will develop mutual understanding, and that war, conflict, and hatred will be eliminated altogether.

Arasowaren has celebrated its 38th anniversary. In order to take a vital step forward this year, we organized an executive committee and created a select dancers’ team trained by one of Tokushima’s famous dance troupes. 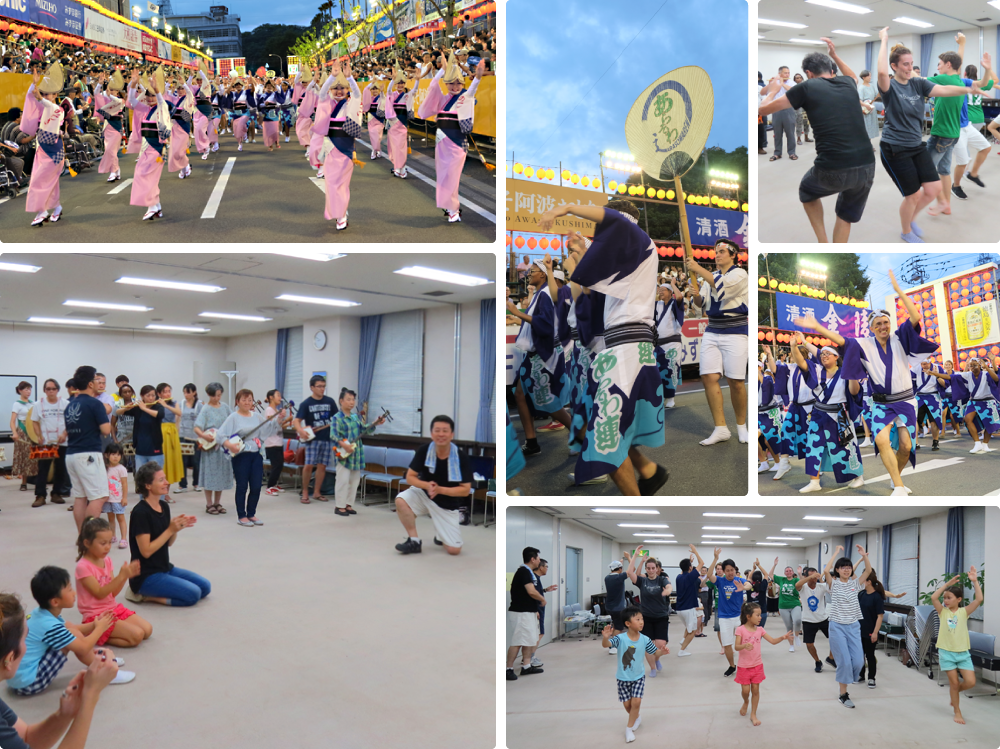 Arasowaren was formed 38 years ago with the hope that a peaceful world can be created without war, conflict, and fighting.

The world is currently in a state of ethnic and regional conflict, and is filled with war and threats of terror. With a concerning outbreak of victims and refugees, the necessity for world peace has never been greater.

The actualization of world peace starts with mutual understanding between each person on this earth. Arasowaren is making great strides in accomplishing its mission of overcoming differences in race, nationality, and religion for the greater purpose of achieving world peace through Awa Odori.

As we move towards the actualization of a world with no fighting, we declare to spread a harmonic circle of peace with Awa Odori to the world, as we cheer in a loud voice "Sekai wa hitotsu, Arasowaren"（Translation：Unite the world, Arasowaren）.

The blue circle logo on the back of the uniform represents the earth, and the pattern of waves on the bottom represents the liveliness and power that the dance brings to those who take part in it. 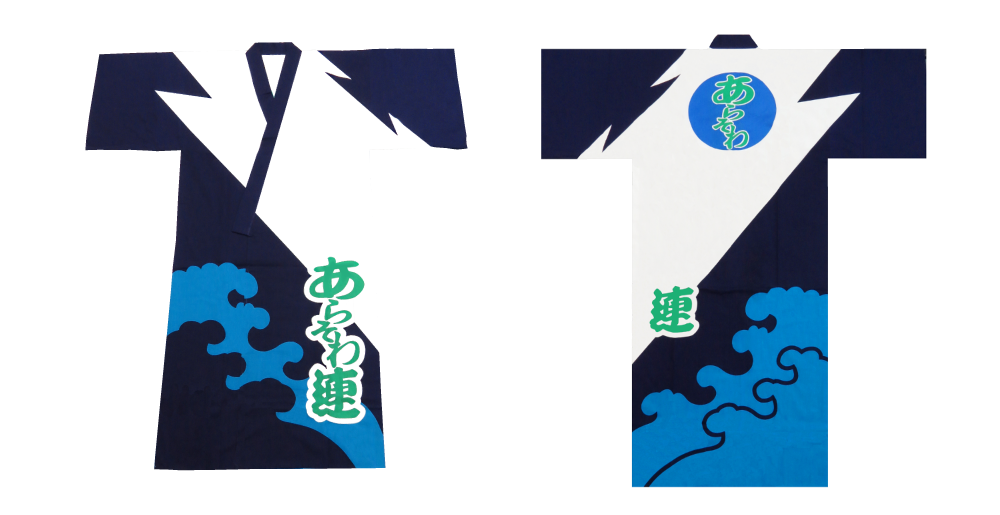 Our ren (dance troupe) is open to anyone those who agrees with our philosophy. We accept applications for dancers through TOPIA’s website from June to July.

In addition, we are continuously seeking sponsors for Arasowaren who agree with our philosophy and would like to support our project. Please contact us if you are able to support us with a monetary donation or by sending volunteer staff to assist with our project.